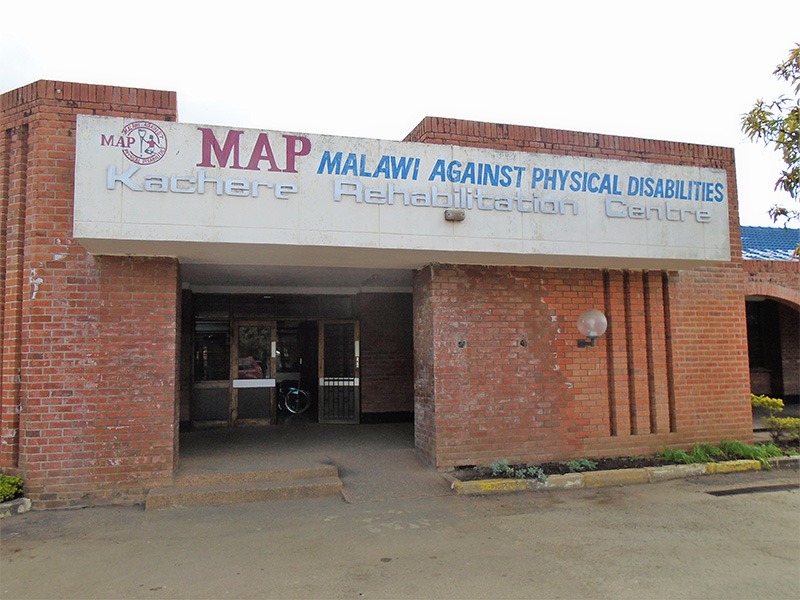 Kachere Rehabilitation Center is Malawi’s only free inpatient rehabilitation facility and has since 1995 helped hundreds who suffered from injuries such as strokes and spinal cord injuries.

After initial treatment, however, the help is limited, due to what a recent study found was a serious shortage of operating funds.

The study, conducted by University of Maryland School of Medicine researcher Dr. Leslie Glickman, said that despite good work by the staff, inadequate funding prevents the center from fulfilling its mission.

Two areas of deficiency are equipment for patient therapy and follow-up care for discharged patients.

Physiotherapist Veronica Mughogho works in the center’s gym. She said eight therapists have to share one specialized piece of equipment. “Which means eight therapists need to fight for it,” she said.

The study – which was recently published in Journal of Global Health – reported that there are no follow-up services for patients after they go back to their families, homes, and communities.

Discharged patients face a range of obstacles that make it harder to find employment or to move freely throughout society. When they return home, some patients need special door entrances built or need access to specialized chairs and walking aids, or continued home visits by a physical therapist.

Mr. Isaac Chapweteka, one of the therapists at the center further indicates that the outreach program was ended due to lack of funds.

“We really need to visit the place where the patients stay before we discharged them so that when they go home they don’t have more stress. Home visits by health care professionals used to happen before but stopped because of the problems of funding,” he said.

Chapweteka also said the facility has only 40 beds – not enough for the increasing number of patients who seek help from the facility.

As a result, he said, the center ends up telling potential patients to wait.

“But by telling them to wait, we have a problem in such a way that they develop other complications,” he said. He said the center is seeking assistance to increase the number of beds and expand the size of its gym.

Hope for the future

The center’s general manager, Dr. Sydney Ndembe, confirmed the study findings. “This place is partially funded by government, but you know how government is like; too many commitments,” said Ndembe. “We give them an annual budget of at least 144 million kwacha [about $300,000] but they [deliver] only 90 million [$180,000]. So, what we do is we go begging from well-wishing companies and organizations.”

Despite the challenges, Ndembe said he predicted improvement because some well-wishers have offered contributions to build toilet rooms and provide food for the center.

One of many examples of the center’s success is Stella Botoman, a 20-year-old patient who suffered a general and mysterious body-wide weakness in January, two weeks before she graduated from training to be a Malawi prison warden.

Botoman said she was at prison school in Mapanga in Blantyre when “I found that I was not able to wake up myself, to stand, and I was not able to use my hands; everything was dull; it was a general body weakness.”

She thought her dreams of a job were finished. But, she said, a ray of hope came when doctors at Zomba Central Hospital recommended her for physical therapy at the Kachere center.

She arrived on April 9. “[At] that time, I was not able to do anything by myself,” she said. “But now there is much improvement because… I am learning how to walk using the walker, the starting point of walking here.”

FDH Paints the roof of Kachere Rehabilitation to give it a new look.

MAP Outreach Services have completely stopped. Get involved by helping people with physical disabilities in Malawi: Buy a wheelchair, Donate materials, Donate a vehicle.
DONATE
MAP Malawi 2018 | Powered by ProWeb
Back To Top
×